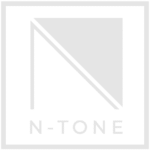 Adriana’s first single for which we curated everything from songwriting to branding and release.
A Mellow and nostalgic, yet empowering indie-pop tune, characterized by a very organic arrangement.

Se77imio’s debut album, influenced by both international and italian artists such as Mac Miller, The Weeknd, Ernia, hor which I also took care of the branding and release strategy.

First single by Se77imio, blending together trap, rap, italian indie and RnB influences, for which also branding and release campaing have been curated.

Cracolice, seaside village in the Tyrrenian Sea, is sadly known to the news for an event that broke out in the 90s, never confirmed nor denied: following the landing of the famous “Ships of poisons”, the young population suddenly stopped aging, creating eternal teenagers.
How this happened has remained a mistery to date.
Selected at “Cinemed” festival of Montpellier, Trieste Sci-Fi Film Festival and “Med Film Festival” of Rome.
Gargantua Distribution.